(scroll through or click on an image for slideshow) 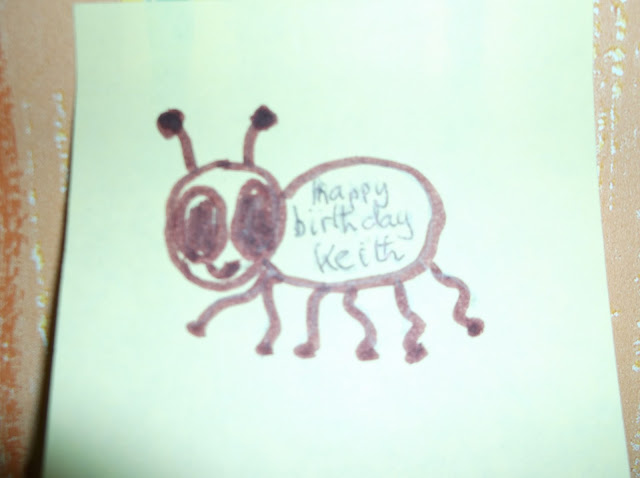 Julie's birthday insect is happy there aren't any dinosaurs around 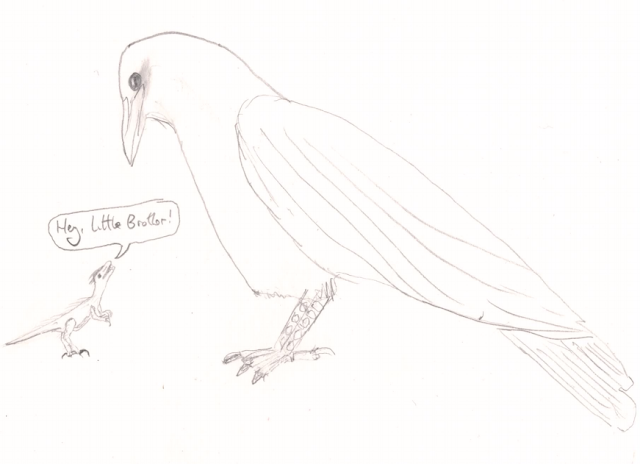 Keith's dromaeosaur is nervous to meet a relative

Zack's tyrannosaur has to be at least three times larger... 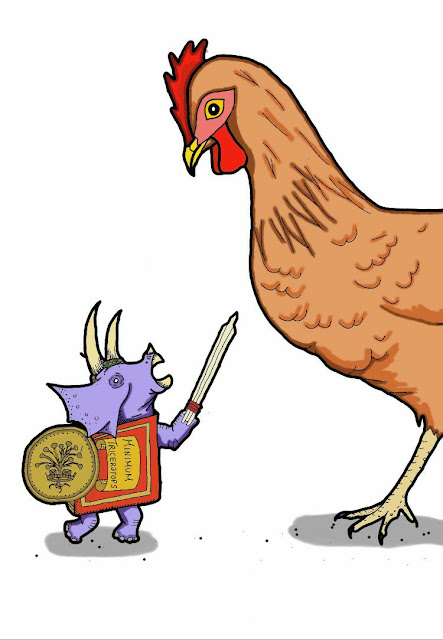 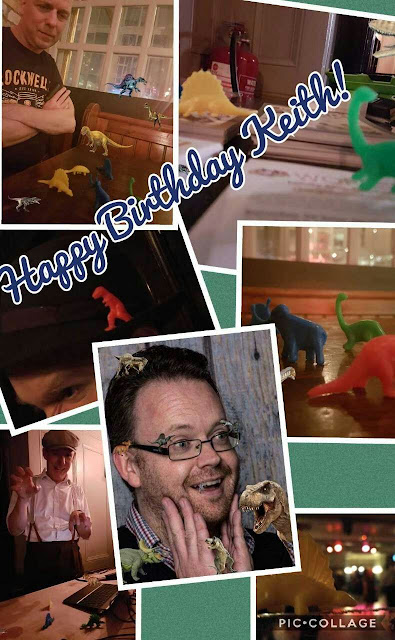 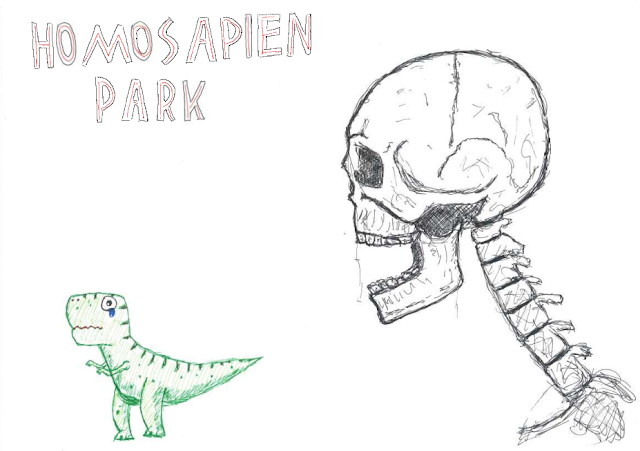 Aleks's T-Rex was so preoccupied with whether he could take the day off work to visit a theme park, he didn't stop to think whether he should. 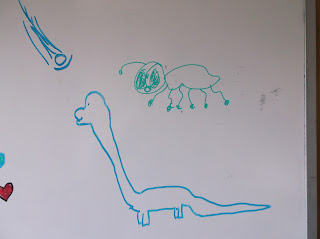 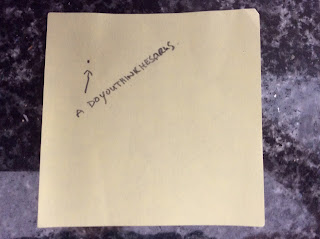 James's Dinosaur is the first to be proved not extinct by a pre-pun-derance of evidence. 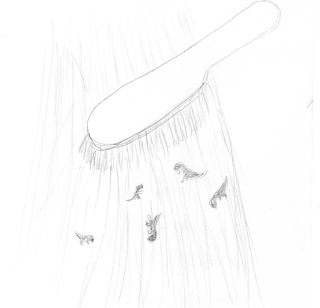 Jane's Tyrannosaurs escape from the lush jungle environment of a hairbrush. 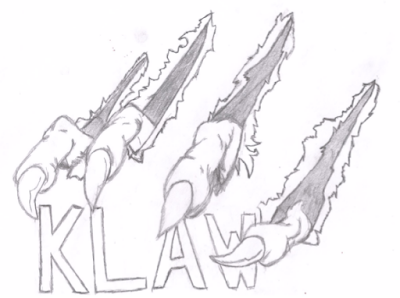 Cristan's dinosaur fights its way out of the envelope 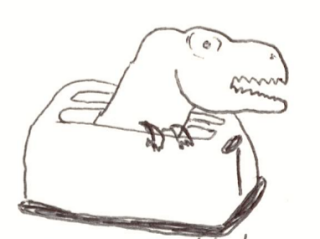 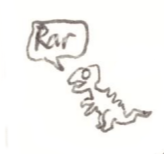